Born to an Air Force Master Sergeant father and an Army Lieutenant mother, Allen Griffin has known tough love and strict discipline. Growing up in the inner-city and experiencing the temptations to give in to mediocrity, Allen did not just survive, he thrived. A notable High School graduate and completing University on the Dean's list, Allen is most proud of his academia, although he excelled on the field of sport as well. A two-time All-American Basketball Player for Southeastern University, Allen was also named the "Pete Maravich Player of the Year" for outstanding leadership and team dedication during successful seasons with his alma mater. Allen received his Master's Degree in Leadership at Southeastern University.

Allen Griffin has become one of the most sought after and requested motivational speakers in schools and corporate gatherings as his sessions are able to cross all racial, socio-economic, and national borders. Since 1994 Allen Griffin has been heard in over 39 nations and on five continents. His message brings practical steps to the questions in the minds of his listeners, answering the "How" of leadership and everyday life.

Allen has worked with suburban and urban youth programs in Dallas and Seattle, equipping students with skills and training to provide brighter futures for tomorrow's leaders. He has also established community outreach centers in Detroit, Norfolk, Charlotte, San Francisco, Seattle, Los Angeles and Houston. It was during these efforts Allen met and married Hashmareen, an International runway model from Sri Lanka. Together, Allen and Hashmareen promote a message of true love for all mankind, excellence in education and the empowerment of diversity while testifying to the merits of national and international inclusion.

The needs of teens in the Foster Care system were awakened in Allen while being reared in a home with 26 different foster brothers. Allen gave birth to his dream to transform the trajectory of these young people through educational assistance and mentoring. The name "Excellerate" is drawn into focus as the mission is made known: "To help those in Foster Care who have seen some success, live in Victory!" Students that "age out" of the social care systems across our land have not been given the basic skills to survive the transition to adulthood. "I believe all young people deserve the right to a great life!" Allen believed that the gift of an automobile presents the right motivation and mobilization of normalcy in the life of a foster child and will aid the journey toward success in all the areas of life.

Allen and Hashmareen Griffin reside in Daytona Beach, FL and are ardent instructors/mentors in the Ormond Beach, FL Excellerate location. The Griffin's often travel to promote and fundraise for the Excellerate program and assist in the launch of new locations nationally.

Back to Our Story 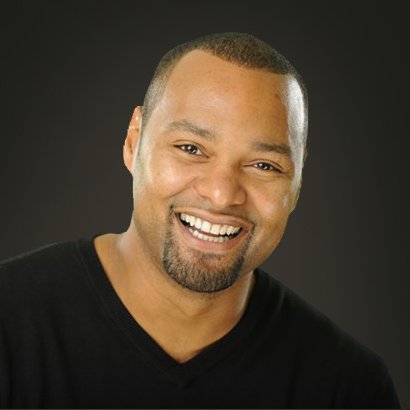 View Our Other Team Members